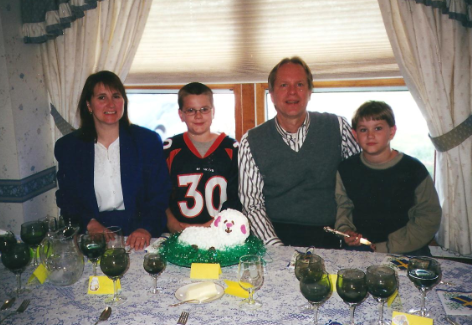 Photos from an Easter visit to Carolyn and Jim's.


I've been lazy this week.  Haven't done any housecleaning.  Mon. I was lazy & didn't do anything other than my regular Mon. duties.  Tues. I cleaned the bathroom & my room & then walked to the P.O. for stamps & to the bank for May money.

Today I washed the kitchen floor & dusted downstairs.  Then I looked thru cookbooks for dessert ideas.  In the Middleton library cookbook (1st one) I saw a recipe for Macaroon Brownies & it sounded so delicious.  I made some after lunch.  They are still "warmish" but I cut one to sample with a cup of coffee.  And they are so good.  There goes my will power.  I'm trying not to eat too much between meals.  It all goes to my stomach!  The boys might not like them as they have a coconut filling.  Could take some to the Beauty Shop but Sheila doesn't like coconut, so that wouldn't be fair to her.  When Jeff came to cut Dad's hair, I always had a treat for him.  Haven't kept it up -- maybe once I bro't a treat for them.

Gen called Sun. nite.  Ed is busy with the Habitat House being built.  You know it uses a lot of volunteer help & Ed is fussy & it bothers him to see people who don't know how to do a job helping.  One Sun. aft. he went over there to redo some mistakes.  He'll be glad when this project is over.  He likes to have a big garden & still cuts hay to sell & John doesn't like to have to help. 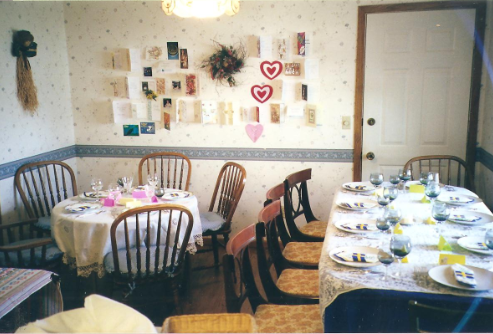 Have you noticed how well the Mets are playing esp. D. Bell.  Hope they can keep it up.  Playing Atlanta will tell.  I'm anxious for that.  Esp. to see how Rocker is welcomed in N.Y. in June.

Dale finally got to mow the lawn last Tues.  It was needed after all the rain.  Lar was also mowing at Careys.

Dale likes to go to the discount shops in Jamestown.  He bo't himself some white socks - says the ones he has now are too tight around the ankle & the new one's elastic seem to be looser.  He's full of surprises lately - buying things for himself, buying Barb a gift.  Nice surprises.  He even told me he'd like to get married someday.  I wish he could find someone nice.  If he follows in his older brothers' footsteps I'll have a 3rd nice daughter-in-law. 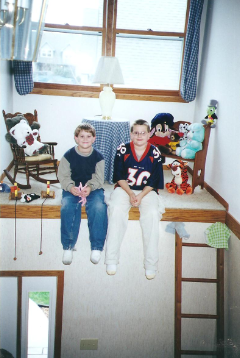 Barb decided to take the A.M. off & worked in the aft.  After having my hair done we went to the Mall.  Penneys and Bon Ton were having sales & it seems I always need something at K Mart.  Barb got a pair of jeans & I got 2 pair of slacks.  When we got home Barb noticed a pkg. on the porch.  It was your gift.  She'll write but I want you to know it arrived & she loves it.  It is so pretty & she has it on a dresser in her room.  Colors are perfect for her room. 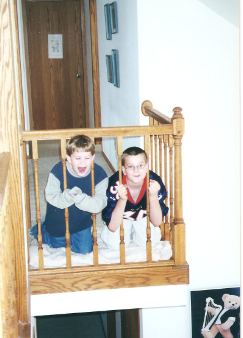 Lar is working -- he ordered the machinery he wanted.  A back hoe & bucket.  Cost $22,000.00 so he has to keep busy to pay for it.  Was going to get a loan for it.  Good he doesn't have a mortgage on the house. So Kim walked over here but there is a story to tell.  When she & Betsy were walking, she mentioned she should get  Torey an ice cream cone.  But she didn't.  When they got home Torey followed her around, butting her on the rear.  So she figured he wanted to go somewhere & she let him lead her -- right to Grandma's house where he gets ice cream.  He knows the way to get cheese & ice cream & cookies.

Finished reading S. Paretsky's Windy City Blues, a series of short stories.  Usually I don't care for short stories but most of these centered on characters in her plots so they were very interesting to read.

One of the groups Lar & Kim go with will play golf tomorrow at the Kane Country Club.  It's suppose to be a nice day.  Today was lovely with a blue, blue sky.  It's still chilly in the mornings. 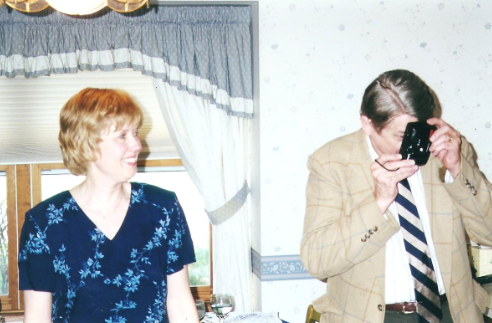 I think Charles was talking about Zion Church picnic at Sinnissippi Park, Rockford.  Min, Lila & family came for it & for some reason I was with the Nelson Family -- maybe because of Signe & played a lot with Charles.  I think it was before Dad came home for a vacation in Aug. when we met.

I looked at videos & hope I got the right one.  I asked for it & this is what he gave me.  He mentioned a set of Star Wars but I didn't get the price.  Might make a nice gift if Eddie is still interested by then.  I'm mailing it to the library. 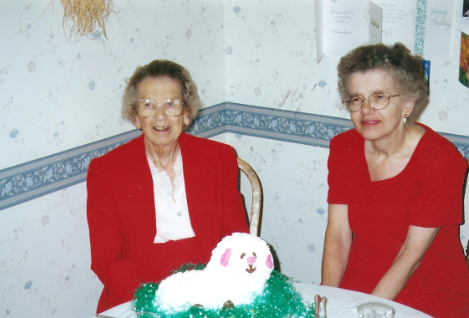 Rain is forecast for today but none so far.  The rest of the week is suppose to be sunny & warmer by the end of the week.  The dandelions sure are in full bloom.  We try to keep ahead of them but Neizmic's don't.

Sat. Barb cleaned the porch & put the furniture out.  Sat there awhile Sat aft. but it was still cool.  Maybe by the end of the week.  Sit outside & read.

Time to start thinking about a meal for supper.

P.S.  I'm sending the receipt in case the video isn't what Eddie wants.  I'm sure The Wall is all over the U.S. 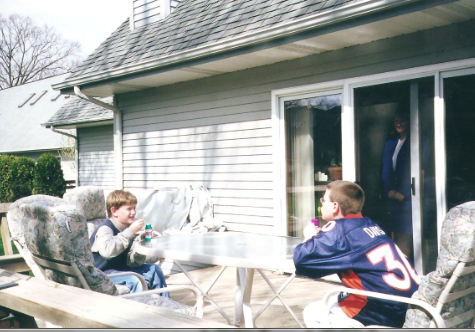 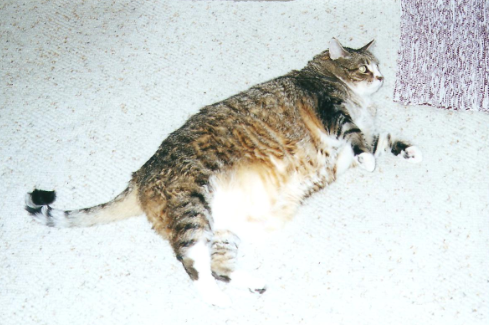 The fat cat that the boys still talk about.