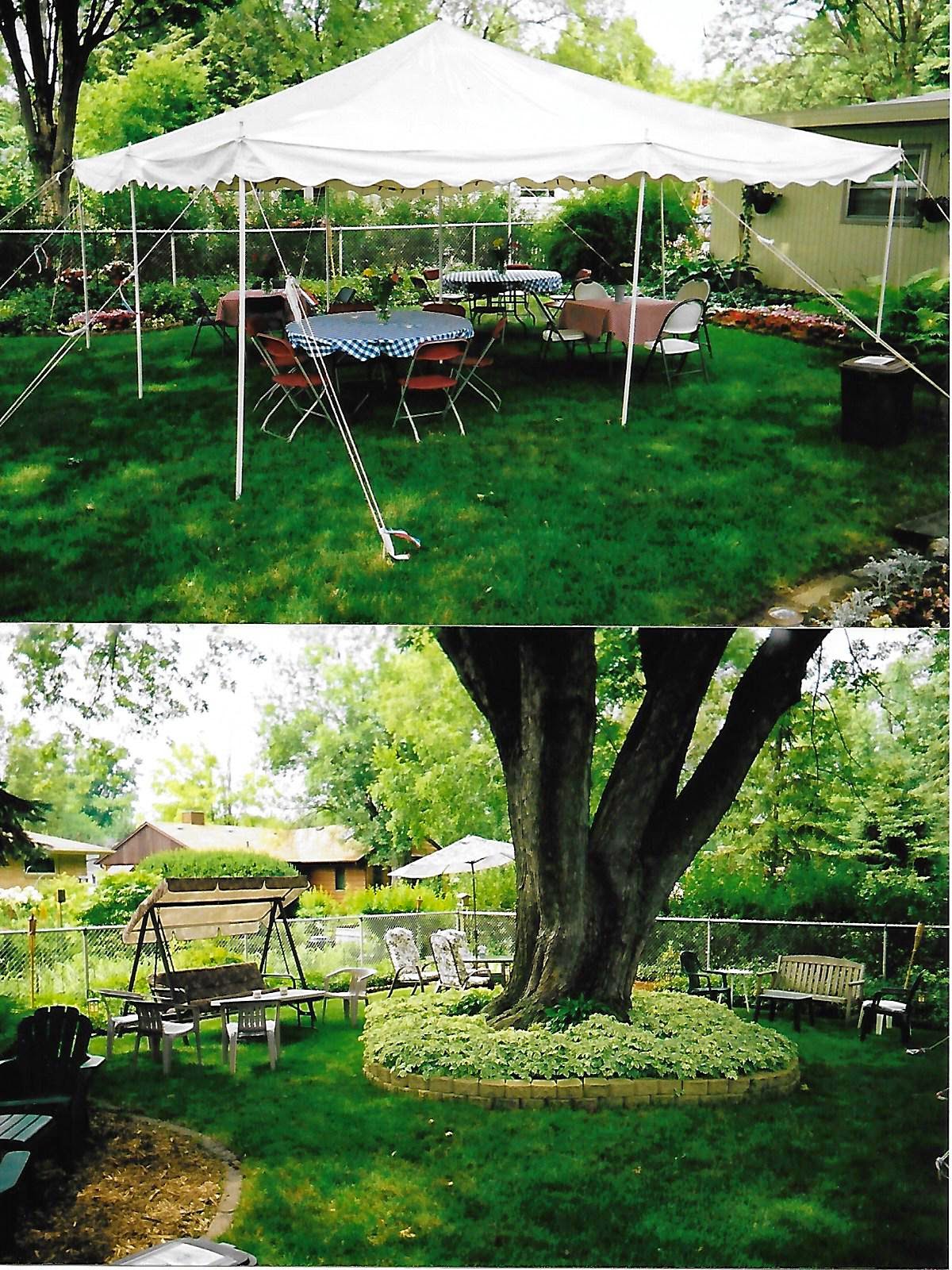 I'm sure you've been taking it easy after a busy week.  You'll be glad to get back to work and a regular schedule.

This A.M. in church Fran Decker said to me "I still miss Pastor Nelson."  Things have changed since his time & not always for the good.

Today I started watching the Braves on TV, then to watch the Pirates.  When it was time for golf, I watched golf -- Tiger came in 2nd.  Then I heard World Soccer was tied & there would be 5 kicks for each team & I watched that.  Italy won over France.  Back to watch the end of golf.  Tiger couldn't quite do it.  Then we watched the end of NASCAR race which was just as exciting.  The Mets weren't on TV but I was glad to see they won.  Dale noticed in NASCAR there is a car sponsored by Menard's & driven by a Paul Menard.  He is from Wi & we wonder if he is one of the store Menard's.  We recognize the name from visits.

Probably you had fluffernutter as a kid because your mother liked them & still does.  None of the 4 of your will eat them now but still love peanut butter.

Back to the fruit pizza.  After I mentioned it to Sheila she made one for the 4th & it went over big.  I still plan to make it & have the Pillsbury dough in the fridge.

Forgot to mention concerning the 4th, there was no 6 A.M. bomb this year.  Appreciated by Barb & Dale.  Wasn't used during the day either.

At times I've mentioned Dale's headaches.  When he was the Dr. in Erie, he mentioned his headaches so she gave him a prescription & it really works for him.  I'm glad as they really got him down.

Kim didn't come over last Thurs.  She & her friends were getting ready for a Fri. rummage sale.  Lar comes.

Barb has been receiving a "Muscle Body" magazine & she didn't order it.  I laugh when it comes with muscle body pictures.  She has received 2 copies so far & never looks at them.  The3 city colelctes the newspapers & bottles & certain plastic bottles.  Barb takes magazines, etc. to a place in Sugar Grove that takes them.

Last nite Barb fixed a taco salad for herself & showed it to Dale & me.  It looked so good & Dale said he'd eat one so I have something new to fix for him.  Tacos aren't my "dish of tea".  I'm glad Dale likes salads on hot days.

Now I'm watching Sun. nite baseball.  I should be "TV'd out".

I told Dale I have another reason to be glad.  Barb, Dale & I live together.  Marie Mathis lost weight & is frail looking.  Howard Ford's wife has lost weight since his death.  Living alone you aren't as apt to fix meals & eat well so I'm glad I have to fox meals & have an appetite.  Last night we had a crock pot meal, tonite pork chops with sauerkraut.  Saved some of the kraut for lunch tomorrow.  Hot dogs & kraut.

Last Wed. Barb got what they call a "soft perm: to give her hair a little more body.  It looks nice.

The Chicago White Sox & Boston Red Sox are in the 19th inning of a tie game.  That's like starting a 3rd game.  They will be tired out.  That hasn't happened in a long time.

I'm watching the Home Run Derby on ESPN.  The Mets are represented by David Wright.


I'm also "rereading" some of my cookbooks, among them your library cookbook "Read 'em and Eat" & I found 2 recipes I missed before.  Fruit pizza by Marh Nelson & "Baked Chicken with Stuffing" by Debbie Kiedinger.  Plan to make the fruit pizza for Thurs. nite.

Tonite I fixed zucchini & yellow squash from the garden & Barb just showed me about 5 more of them.  Will have to give some away.  When it cools off I could make zucc. bread or even a zucc. chocolate cake.

And fresh local corn is available & will get some for Thurs nite at Hatch Patch.

Today Barb cleaned the dining room & it looks nice.  Thought about cleaning the living room tomorrow but seeing Lar & Kim come tomorrow it will wait.  I washed my cups & saucers & other things I have out.  I don't do walls or windows anymore.

We're having a rainy, hot & humid spell.  Not very comfortable for working.

Last nite I watched the All Star game for 4 innings & went to bed.  Disappointed to see this A.M. the N.L. lost again.  But the 2 Mets players scored the 2 runs.  Go Mets!

The Braves won't be "America's Team" after '07.  TBS won't feature them but a different way to present baseball.  They plan to have a Sun. aft. game, choosing teams the way ESPN does.  Also they'll get the first playoff games to televise.  They are showing less Braves games this year & less next year.

Pittsburgh got a lot of compliments on the new ballpark.  And visitors found the city much cleaner.  I'm sure you watched some of the game, etc.  Did it bring back memories?

Last nite Kim said the 3 of them earned $300 from their rummage sale.  Gave $125 of it to the Animal Shelter.  They have started building their new quarters.  Lar will do the landscaping gratis.  I said I'd give $50 toward shrubbery.  Yesterday the gals divided the rest of the money & went to the Casino & gambled it all away.  Kim plans to take us again this summer, but I've decided I don't care to go to the casino anymore.  Barb says the Indians are getting back at Americans by taking their money at the casino.  They are hauling it in all right.

Got your letter today.  Glad your party was another success.  I'll save anymore for the next letter.
Posted by Retiring Guy at 8:17 AM