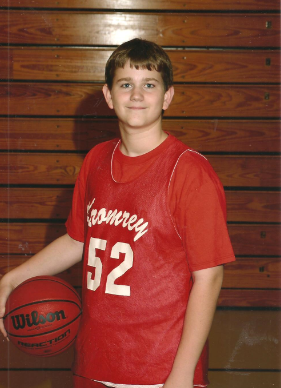 We watched the Bills beat the Browns & now Pittsburgh is playing the Jets & the Steelers couldn't get a TD but got a field goal.  Steelers won!!!

I asked Dale what kind of cookies he liked outside of tea cakes.  He said those date ones meaning the date-filled cookies.  Haven't made them for years & he really surprised me. They are a favorite of mine.  Before the Steeler game I found the recipe & made the dough & it is chilling in the fridge.  My dates are too old but we'll get groceries tomorrow.  I'm going to try making Biscotti.  The coffee shop in Warren has them & they as good to dunk.

We needed bananas so we stopped at Quality on our way home from the Mall.  Dale likes cacti plants & we saw a pretty arrangement of 3 cacti with stones, pebbles & wood.  We got it as a gift for him. Barb brought it over to Lar to keep it til Christmas Eve.  We didn't know where to hide it uncovered & we didn't want to keep it loosened in a plastic bag.

Barb went up to Lawn & Garden to look around & she found the cutest Santa on sale.  It is a policeman Santa holding a little boy on one arm & a flag in the other hand.  It plays "God Bless America".  I claimed it & paid her for it.  The boys is saluting the flag.  He (Santa) has a fat tummy, blue suit with a whistle around his neck & a club on his belt.

I got my "away" cards mailed.  Had a letter card from Carole & Arland & see they have a new address & I had their old address on the card.  I used a label and covered it.

Noticed UB's baseball won over Niagara "in a thriller" to quote the Buff. paper.  Another article says "UB athletic dept. has something special brewing".   They have a new athletic director & I guess they have hopes of better teams & more winners.

Barb said the announcers on the  Buff. game said the Steelers would have a hard time winning then the Steelers play in Buff.  I said that's crazy & she didn't like it being a Buff. fan. So that should be an interesting game for this Nelson family.  2 against 1.

I'm watching CNN news & they were telling about 2 men robbing a house when they heard a video "Stop, we've got the house surrounded."  They ran out of the house & didn't take anything.  Guess the videos are good for something.

Our toaster oven won't toast anymore.  We got another one & without reading the direction, Barb said it gets too hot.  She had the oven part on.  I'm not sure how it will heat rolls up.  It is a Black & Decker so it should be OK.  To toast you don't heat the oven.

We're getting our first snow but not as much as in Chautauqua County.  Erie had had an accumulation.  We don't' have much but more is expected thru the nite into Tues.  There was a late start to school (10 A.M.) because of slippery conditions in the outer parts of Warren County.  Frozen slush, etc.

I've noticed the adds on TV like the videos you are now getting.  Will you, rather are you watching them.

I looked at the calendar & realized Christmas is next week & tho't I'd better get busy.  And so I did this A.M.  This is Dale's early week so I was up at 5 AM.  After getting things ready for breakfast, I formed my rolls & baked them.  Then I made molasses cookies -- I put them thru the cooky press & they came out very thin & have ridges -- I love them that way.  Then I made the Russian tea cakes; next came the rolled out cookies.  I put a date mixture on one cooky & covered it with another circle & baked them.  I'm not good at making rolled out cookies & their looks aren't hat great but they taste good.   I washed pans, etc. several times, rested a bit with a cup of coffee & then got lunch for Dale & myself.  After lunch I started a veg. beef soup & made a pumpkin pie.  Soup & pie for supper.  Finally at 2 pm I sat down & I'm watching my soaps.  It feels good to take it easy.  Oh yes I changed my sheets & did a load of wash.  Pretty good for an old lady, don't you think.  I'm just thankful I can do it.  I still plan to make one or two more recipes of cookies.  Barb likes to give a plate of cookies to Bob & Lynn.

Your pkg. arrived late aft.  Barb & I opened it i& she put your gifts under the tree.

Dale said the bank at the Mall was robbed this aft.

Erie has had a rash of robberies -- pizza places, fast food & Radio Shack.  Tonite the Erie news at 6 pm told they arrested a young fellow.  I missed the first part that told how they caught him, but it probably will be in the Wrrn. paper tomorrow.  They know he committed 2 of them & think he did them all.  He carried a gun & used it at times.  When someone tried to take it away he shot it to let them know he'd use it.  He didn't look at all sorry but when he's in jail for a few years, he'll change his tune.

Made 2 batches of cookies today & plan to make 2 or 3 more batches.  Made Spritz & a sugar cooky today.  Want to make the peanut butter cooky you put a Hershey kiss on after it's baked awhile.  And a peanut butter bar cooky & my favorite a coconut macaroon.  Who wasn't going to make many cookies.  Maybe I'll bring some over to Viola Seaquist.  I did last year so I will this year.  And Barb will fix a plate for Lynn. Yesterday Scott got one of my rolls & today he got 2 Spritz & 2 sugar cookies.  He likes them.

Did you get a Christmas card from Gerald & Darla.  It is a picture of the white painted out hosue & it has a small flower box with red flowers.  There was a note & Darla said "write".  I did write & never got a reply to my last letter so gave up.  It's nice to get an answer.

We got an inch of snow overnite but we don't have very much but it is nice to have for Christmas.

I know you'll have a great Christmas.