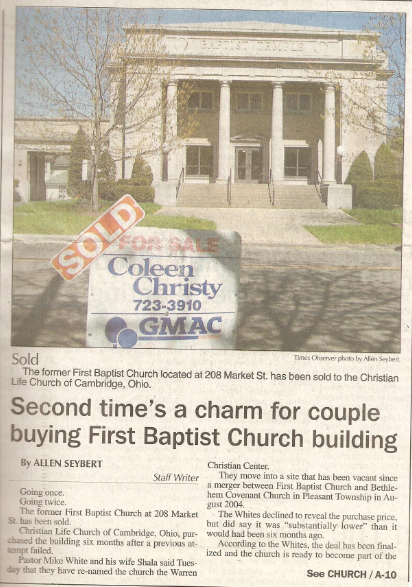 What a beautiful day(s) we've been having.  Last Sat. Barb gave the van a good washing.  Wanted to wax it but worked in the garden instead.  Preparing for the flowers we'll get.  She also worked outside the house facing west, trimming some of the shrubbery.  And last Sat. she also washed the front porch getting it ready for summer furniture.  You ask "What did Dale do?"  He had a headache -- it was his Sat to work from 8-12 & in the aft. took it easy.

Last fall Barb planted some daffodil bulbs but only 4 came up & they are very small.  One is blooming & I see another bud.  Maybe they were planted too deep.

Lynn's parents are at the Lake so they are going there tonite to see them. Scott likes to wear his pants low on the hips.  Barb said to him why don't you change to nicer clothes & surprise your parents?  I don't want to do that."  Barb doesn't yell at him but talks nice to him. Then she took the dogs out & got ht email.  When she went in the house she saw that Scott had changed his clothes.  So he listened.  He likes Barb & tells her things he'd never tell his mother.

I called in an order to Penney's.  A 2 piece set for the rocker you gave us.  I sit there a lot & the present set has gotten a lot of wear.  Also ordered a lace tablecloth.  And they had a special.  Spend 25.00 & get free postage.  Both are sale items.

This is Dale's early week & he just came home.  He plans to mow the lawn -- it grows fast.

Barb & I plan to go to Jamestown tomorrow.  We'll have lunch at the Red Lobster.  Barb has some birthday money to spend.  I'd like a pair of tan shoes if I see any I like.  They have a discount shoe store there.  We'll also stop at WalMart -- Barb's idea!

I don't know what Andy will want for graduation but I plan to send a check.  He can choose for himself.  Ditto for your anniversary.  Twenty years -- where has the time gone?

Fri. May 12th, I'll be going out to lunch with Bensons, Hollertzs & Shaffers from Ohio -- at Warren Holiday Inn.  Haven't seen Shaffers for a long time.  They live just over the Pa line so it's easy for them to get here.

We went to Jamestown this A.M.  Before we left I got the kitchen garbage ready for tomorrow & put a swiss steak supper in the crockpot.  Just have to make salads.  First we went to WalMart -- they have a new store (in the same location) & it is nice.  Barb chose some petunias for her pots & I chose marigolds.  At BonTon I found a sweater I liked -- to wear now -- pink with colors of trim.  Hope others don't choose the same thing.  Also got a couple more tank tops -- on sale, and a knit shirt also on sale.  I told Barb don't let me spend any more on tops.  Yesterday I sent an order (telephone) for the tablecloth & rocker set I want.  Fun to spend, spend, spend!  As long as I can pay for it I'm OK.  We had lunch at the Red Lobster & enjoyed it.

Barb really has the outside landscaping looking good.  Now she doesn't say Dale should help any more.  She realizes he is on his feet all day & says his long legs make it harder for him to kneel & do the work.  Getting things in order doesn't take that long.  The lawn moving & sweeping up goes on all summer.  He does the edging so he does his share.

Dale just came home & as soon as he changes his clothes, he goes & sits outside in the sun.  Starting his tan early.  We expect showers tomorrow, but they are needed.

Tonite & tomorrow nite I can watch the Mets, thanks to Pittsburgh playing at Shea.

Had my hair cut & set & now I reread your letter while drinking coffee.  Glad to hear news of the Nelson families, i.e., Carolyn's husband & the wedding, etc.  Good to know you are rid of the catheter & that all is going well.  It will soon be a memory the way time flies.

The flower pots Barb filled are looking nice.  We didn't get the showers they forecast & now there is a fire ban.

Posted by Retiring Guy at 2:45 PM No comments: 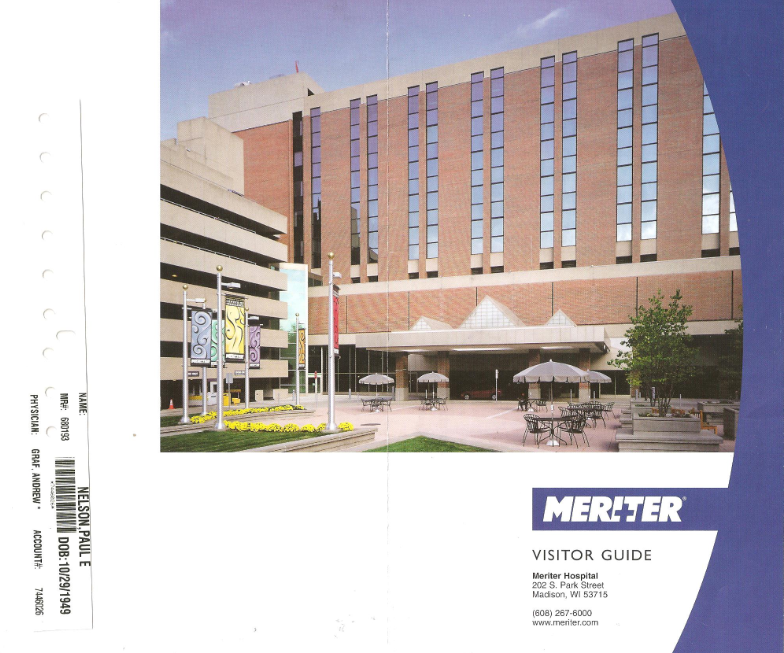 I'm sure you noticed the Brewers beat the Braves.  The only bad thing about it, the Mets go to Atlanta & I'm sure the Braves will be thinking "We can beat those Mets."  Fri. nite it will be Smoltz against Pedro M.  But it won't be on TV for us to see.  At least the Mets are still on top in their division.

In the paper there was an article about the Indian tribes building golf courses near their casinos to draw more people.  This one was in Minn.  They are well planned courses & people love to play them.  (My mind works faster than the pen.)  They don't make money but people are drawn to the casino & most likely can't resist a little gambling.

I made a new blueberry coffee cake recipe & it is a good one.  It called for 3 cups of flour so I used my angel food pan to bake it.  Dave gave his approval.

Warren & Anna came to Warren today & after his dental appt., they picked me up & we had lunch at the Plaza.  Warren suggested we go there.  The bad thing is that the lady in the next booth smoked & that spoiled it for me.  And I don't think their food is as good as it used to be.

I see that Favre will be back with Green Bay for another year.

I can't get over how much Eddie has changed since I last saw him.  I didn't recognize him at first & then realized it was Eddie.  You have 2 handsome sons.  And nice ones as well.

Last Sun. we had a meeting after church to discuss the organ.  Ants (carpenter) have gotten into the organ chamber & eating at the parts.  Ants have been seen in the kitchen so an exterminator was called & when all the ants are gone they will have to take out some of the pipes, clean up the dust & insulate that part of the roof with foam that sets, to hep the situation.  Then replace the pipes, tune the organ, etc.  Cost around $3,000.  Albert Johnson left money to the church to be used for music, so they have that to use.  Never thought ants would bother the organ.

Nothing much on TV that interests me so I turned to the History Channel & am watching a program on concrete & its uses.  Doesn't sound interesting but it is.

About 6 weeks ago Barb saw a top she liked & said I could get her that for her birthday.  It was on sale, I got it, put it aside & after she opened her birthday gifts, she said "where is my top".  I had forgotten & on top of that couldn't remember where I put it.  Finally yesterday Barb found it in a bag behind my bed.  Another senior moment!!

Today Warren said he left his wallet at home on the dining room table.  He couldn't understand why he did that.  Anna had money.  See what you have to look forward to!!!

Last Sun. Dale went to Jamestown & Sam Baughman called from N. Carolina & he wasn't here so I talked to him for a few minutes.  He & his wife were at the beach & just wanted to rub it in a little.  They like living down there with the warm weather.  I told him when you're in the middle of a hot spell in the summer, you will miss our cooler breezes.  He didn't think so.

Back to Warren & Anna.  They are concerned about their future if something should happen to stop them from their travels, or if one is left alone.  They think I'm lucky to have Barb & Dale with me.  I am, but I still hope they will find someone to love.

Back to my program, they can recycle concrete to make more concrete.  That is interesting.  Frank Lloyd Wright used a lot of concrete in his day.  It is happening more today in house building.

Your letter came today & I read it eagerly to see the details of your operation.  I'm glad you told me all the details, catheter & all.  By now, you are feeling much better & are realizing it's not that bad.

Glad things are going so well.

Posted by Retiring Guy at 4:13 PM No comments: