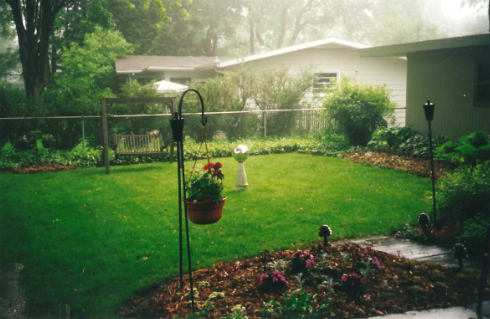 I'm watching the Mets at Tampa Bay.  I tho't the Mets would take the 3 games.  Lost the 1st one & they are behind today.  Then they play the Orioles & then the Yankess.  Will they win any games.

We had some perfect weather.  Temps in the 70's & low humidity.

Got another B. Delinsky book & it is so good.  The theme was Alzheimer's disease.  She used family themes & writes so well.  I've read some of Ann Tyler's books but not recently.

I'm enclosing the letter sent from the church.  Maybe it was sent to wake people up but I'm very disappointed.  We don't have a pastor who is a leader, people haven't warmed up to them (Gary or Margaret) he doesn't like to make calls & I don't' ever want to go to First Luth. 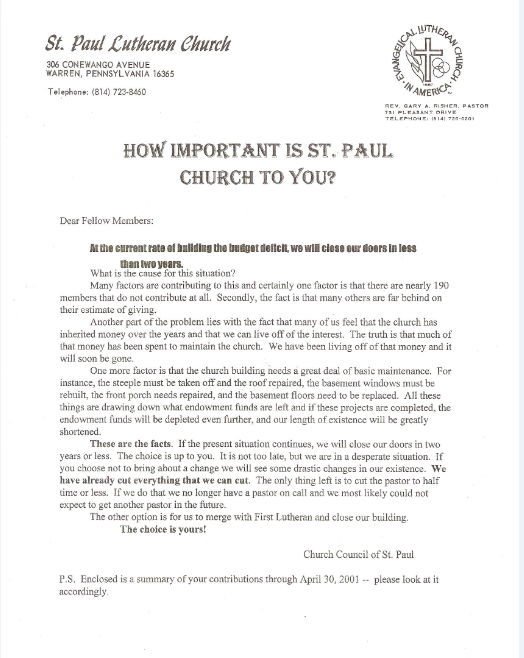 Have you heard how many will be at the Nelson Reunion.  Has Rachel had her baby yet?

Thurs. there was a sample pkg. of Dove Soap in the mail box but it was for Joyce O'Connor.  I called her up & she came over & we chatted for over an hour.  Barb's daughter graduated from Allegheny last June, got married & has had a year studying optometry -- a 4 year course in Philly.  Her husband has completed 4 years of medical school & will go to Hawaii for part of his internship.  Melissa will go for 2 week.  Barb is married for the 3rd time.  Joyce owned the apt. bldg. corner of 5th & Conewango & sold it several years ago.  She had been getting 750.00 a mo. in payment.  Now it is paid up & she misses that money.  She invested some of it but things are tighter for her now.  We haven't talked for ages.  She's been widowed for 23 years.

Kim stopped by this aft.  She was thinking of things she needed to do -- and then she remembered there is no hurry as school is out.  They were going to Jamestown tonite & would eat at Led Lobster.  T hey would drive in the Miata.

Shults is having a golf outing the end of the month at Jackson Valley so Dale is thinking of buying some golf clubs.  KMart has some on sale & Kim suggested looking in the want ads.  I've seen them for sale.

N Sync is coming to Buffalo tomorrow, June 10.  Bet Andy would like to see them.  Tickets sold liek hot cakes.  Remember hearing about it on TV Buff. news. 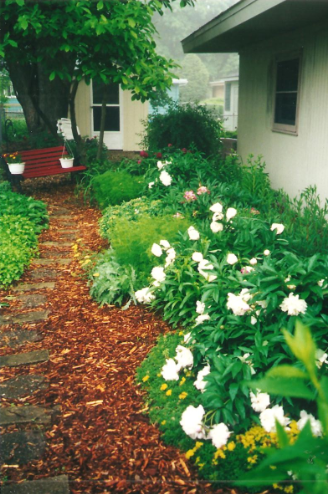 Our synod has a new Bishop.  He won on the 4th ballot.  Has had the church at Corry.  I haven't heard much about him.  I thought it would be someone who has been in the synod a long time.

Dale looked at golf clubs at KMart but didn't get any.  He'll have to talk to Lar to learn what clubs are important, or is it which clubs.

I saw a rabbit in our driveway the other morning & Barb says something is eating in the garden.  They haven't touched the lettuce but got at the beans.  The rabbit looked well fed.

Barb is on her 2nd bike ride today.  she also rode twice yesterday.  She tries to reach a certain number of miles a month & got behind because of rainy weather.  I can't remember the miles per month she rides. 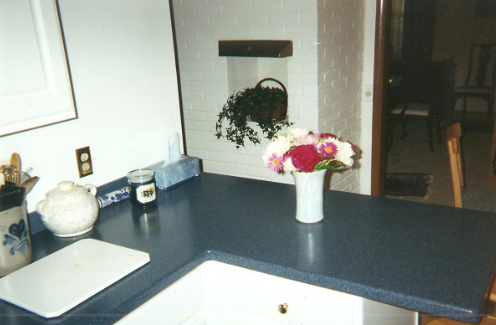 Kim stopped by with some gossip.  "Bones" Blair who built the house by Lar & Kim bo't Dr. Fino's house on Prospect.  They have 5 pumps going to keep water away form their home by Lar & Kim & Lar thinks there could be trouble & he wants to get it sold pronto!  That is why Lar's house is built away from the stream & no basement.

I was lazy & ordered pizza from PIzza Hut.  It was very good.

Barb got wire to put around the garden to keep the bunny from eating the green veggies.  She ran out of posts to put it up so we made a quick trip to the mall.  I returned a sweater (cardigan) I got at Bon Ton -- it was large but the sleeves were too short & on the tight side.  Got a couple of things at KMart -- finally found my favorite (or one0 candy bar -- Heath Bar.

Today Scott was playing with a friend & using bad language so Marisa told him not to do that & she is the one he is imitating.

I tried a new author whose theme is the Victorian era but it wasn't that good.  The last return date was Sept 14, 2000.  That should have told me something but I didn't look.  June Barraclough -- Rooks Nest.   She could have cut it by 1/3 of the words & still bring out her theme.  I skipped a lot of it.

It's going to be more humid this week, so I won't want to use the oven.  Will have to change my menu.

I'm watching the Braves at Toronto & you know who I"m rooting for but the Braves just had a home run & lead 3-2 in the 6th.  Too bad.

Things are as usual here.  We keep going so all is well.