Did you go to the Ohio St-Wisc.game.  It is interesting even if O.S. is ahead.

Dale will be home for Thanksgiving - it is counted as a work release day so I suppose he'll be home from 8-5.  We'll eat at 1 pm.  Mel & Levina will be here as well as Lar & Kim.  Lar & Kim will also go to her grandmother's later.  Dale will be home at Christmas so that makes me happy.  Be nice if he could be here Christmas Eve & overnite.  He is fine.  It will be nice to see him & be able to talk to him.

We changed the wall paper in the dining room.  What we had was stop gap - we couldn't find what we liked & what we ended up with was on sale.  Dad is finishing up & it looks so nice.  A lighter background & makes everything look so nice.  He also plans to paper the eating area in the kitchen.  Since the new window was put in, Dad had to patch by the window & it doesn't look right.  He'll do it after the holidays.  Have to have everything looking good for the relatives.  Gen, Ed & John will come & I'm sure Edna & Wally will.  We'll have to look into motels.  Now they're talking about a 7 pm wedding & a reception at The Women's Club.

A week ago we went to Erie & ended up spending some money.  At Dahlkemper's they had an entertainment center on sale & we got one.  Put it together that nite & it looks good.  We had to rearrange furniture, tho.  Then we looked at T.V. & bot one at Sears.  Cable ready, so we don't need a box.  Now the stereo, V.C.R., T.V. are all in one spot & it's nice.  Larry took the old T.V., which needed some work - new tubes, etc. & gave it to Kim's grandmother & she was pleased to get it.  The entertainment center sits in the corner by the D.R., the outside wall & on an angle.  Large sofa in front of hte window & love seat where the stereo was.

We had some snow but it didn't last.  Been cold, tho.

Next Sun. Dad preaches at Wilcox (9 AM) & Johnsonburg (11 AM) for the pastor who is on vacation.  It's hard to say no & it means getting up early.

I'm thinking of Christmas & hope you don't mind but we think we'll send you money & you can get what you'd like, plus some little things to open.

Do you have an address for Barb.  She hasn't written & we will want to remember her at Christmas.

Soon it's time to watch Penn State-Notre Dame game.  It should be a great game.

How was Roger's concert & your visit at Gr. Bay.  Did Pat get the job he applied for.

All is well with us. 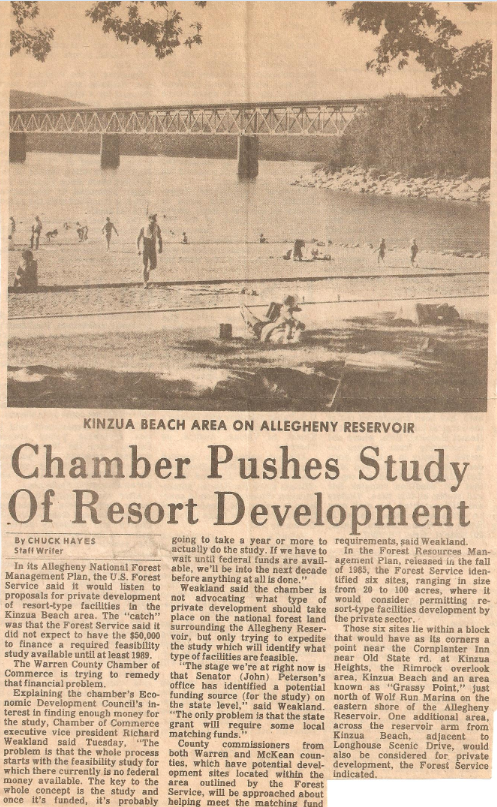