The paper doesn't come on Sat til later.  Around 8:30 this A.M.  I made apple bread for Dale's snack & since I had left over pie crust & it was enough for a pie, even if the edge wasn't that pretty, I made an apple pie.  I had my first piece at lunch -- it is delicious!

Barb didn't go to Jamestown as it snowed.  She had hoped to go today but plans to go tomorrow.

It snowed overnite but it is nice this aft.  Lots of sunshine.  The furnace still runs in this March weather.

This A.M. Dale said he had a scratchy throat.  At lunch he said he wouldn't be going to Jamestown as he doesn't feel that good.  He'll stretch out on his bed & watch TV, taking it easy.

I got a cookbook in the mail - - Light & Tasty from the place in Greendale, Wi.  I get the Quick Cooking magazine & another one & then they started putting out a cookbook of a collection of recipes from their magazines.  I sat down &^ looked thru it right away.  That will happen many times.

This A.M. I put a beef roast in the crock pot, and it smells good.  Mashed potatoes & boiled cabbage for me.  And actually a dessert just for us.  Guess I was ambitious for once.  That doesn't happen very often.

Just finished watching the Mets beat Minn. with a 9th inning run, in a spring practice game. Good to see "our" guys in a game.  Finally they have a good centerfielder -- Mike Cameron from a Seattle trade.  He has a good personality & leadership ability.  Good to hear the familiar voices of the announcers   Dave O'Brien & Tom Seaver.

Millie is in her new apt. now -- as of yesterday.  I'll let her get settled before I call.

Now I'm watching golf -- also in Fla. where it has warm temperatures.

I switched between golf & college basketball & saw Wisc. beat Ill. in an easy game for Wisc. Bet you all were happy to see a win.

UB lost to Cleveland but they said the entire team will be back next y ear so they are hopeful for next year.

The beef roast was delicious yesterday.  We had chicken & spaghetti tonite.  Dale hasn't lost his appetite.  He said he feels better tonite.

We've also been wondering when you might visit.  But we know it isn't easy to plan when Andy & Ed are involved in sports.  But we still hope for a visit, whenever you can make it.

We got groceries today because we are suppose to get a snow storm Tues. with several inches predicted.

I hope it won't be too long before we see some warmer weather that stays awhile.

What a disappointment for Albert & Cyndi to think they'd be getting a baby & it didn't work out.  Hope it won't be too long before they have good news.  By the way Paula Carey had another son -- the first was was adopted from Russia.

Wed. nite Larry will just come for dessert.  The Rotary club has a pancake supper & Kim got tickets from her friend.  Lar will take Mike B. & Kim will come here.

Gen just called.  She broke her arm.  Just one more bad thing for her.  They went to the emergency room -- it happened last Thurs -- but they didn't put it in a cast.  She sees the Dr. tomorrow.  Millie called her last nite & said Linda was helping her get settled.

Wed.  I'm waiting for Barb to get going so I can wash the kitchen floor.  Meant to do it yesterday but the weather was so awful (9" of snow & now school) I lost my desire to work. Today is brighter -- have everything all set to wash the floor.  Yesterday Barb shoveled twice at our house & at Bert's.  It seems the big storms are on the Tues. Dale works til 8 pm.  He did shovel when he came home & before he ate his dinner. 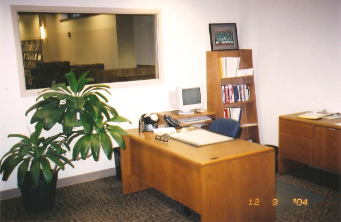 Just took a pumpkin pie from the oven - I love the spicy smell.

They have to add 3 days to the school calendar due to all the snow days & they had to change graduation day.

Yesterday our mail didn't come til around 3 pm.  It wasn't the regular postman -- he's usually here about 10:30 or so.  We kept looking  as we get USA Today delivered by mail.  In fact I just got the bill for another year.

Last nite Dale told me the drain the basement was clogged.  We couldn't flush the toilets. At 7 AM I called Roto Rooter & he is here now working on it.  I still hope to wash 2 loads of clothes & towels today.  Without water there isn't much you can do but wait.  Dale still took a shower but it was a quick one.  This happened once before, years ago.  The tree roots get in the way.

Last nite Kim had a pain in her back.  Last Sat. she just picked up the clothes basket & felt a twitch.  Did you feel any ill effects, Paul, from all your lifting.

We can flush again!  And I have my first load in the washer.  It cost me 117.00 with senior citizen discount.  That wasn't bad.  A nice young man.  H e said don't be afraid to flush twice as more water keeps the pipes clear.  And if trees are cut down the roots can live as long as 10 years.  All is well with us now.